Lessons Learned from Netflix's "13 Reasons Why" And How We Must Do Better.

April 28, 2017
Did you hear that? It's the sound of me whooshing the dust of this ol' blog. A lot of life has happened since my last post, but it's what is happening now that has moved me to put thought to keyboard. The uproar of Netflix's new series, "13 Reasons Why" has left me conflicted on so many levels. So, I'm going to do my best to use this post as a means to address it. 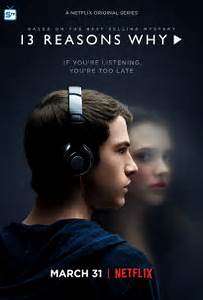 A few weeks ago, I heard about a new series called, "13 Reasons Why." The story line is narrated by a teenage girl named Hannah Baker. With the opening scene viewers learn that she has died by suicide and each episode gives a clue as to the reasons why on cassette tapes. The heavy topics depicted in the show on mental health, suicide, substance abuse, date rape, sexual harassment, and domestic violence are all something we should be addressing more of. Suicide is now the the 3rd leading cause of death for youth 14-25 years old. Sadly, in my home state of New Mexico suicide is the leading cause of death for 10-14 year olds. Statistics like this tell us that not enough discussions are taking place in our homes, schools, or communities. Not talking is not helping. So, when outlets such as Netflix are bold enough to take on such a task many of us in the mental health community are supportive--as we hold our breath to see just what the outcome is. You see, it seems far too many times we have been given hope that somehow, someway, someone will come along and do right. We wait in suspense hoping that the work so many of us have done to advocate for better behavioral healthcare and rights for those suffering from this illness will not fall on deaf ears.

Look, I get it. The struggles Hannah and the other characters face are the new harsh reality of what so many of our youth face in real life. Being a teenager is tough and personally, there's nothing anyone could do to get me to go back to those years.  While it's important to depict the truth, did anyone watching learn that these struggles are also known as risk factors and warning signs?  Did anyone learn that suicides just don't occur out of nowhere, but in many cases, individuals will exhibit warning signs about two weeks before a suicide attempt? In fact, every single character had a certain amount of risk factors and warning signs, which went unnoticed and for that reason alone it's a damn shame there were so many missed opportunities to educate viewers. Whatever emotions watching this show brought up, do you feel that you are any better for it? Meaning, if you or someone you knew were in a crisis situation, would you know how to get help for them or yourself? Other than the emergency room or calling 911, did you learn the steps on what you could or should do? If the answer is no, then maybe you can understand why so many are concerned. 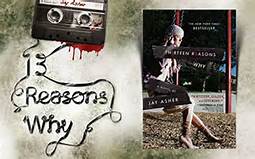 Shows like "13 Reasons Why" remind us of the lack of awareness and depth of disregard that society has for the mental health community. Regardless of the intentions behind any project like this popular series, if done incorrectly, no amount of good intention can remedy the cause done by losing site of the unintended consequences--which in this case could mean an increase in copycat youth suicide attempts and even death. Have we become so focused on "winning" that we become reckless? Honesty! What I want to know is what anyone was thinking when they worked on this project--including the countless behavioral health providers who appeared in the discussion episode. Seriously! Were they so blinded by the lights, camera, action that they forgot to ask the writers/producers how they planned to ensure that viewers had direct access to ask for help if they needed it? Were writers so caught up in building their characters to portray teenagers of today, that they forgot to ask themselves--is there anything we should include that would help someone watching this not want to take their own life? The outcome of what occurred was irresponsible and insensitive. And don't even try to give us the excuse that this was used as a means to start the conversation. The assumption that the depth of pain so many feel every single day will somehow be magically remedied in thirteen episodes is like patting someone on the back after they've spilled their deepest darkest secrets to you, and telling them to drink a unicorn frappuchino and all will be right in the world. Let's not forget that many youth feel like they have no one to talk to, so for them, where does the seed of conversation get planted? 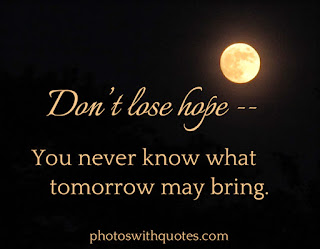 With each episode that passed, I felt sick to my stomach to know that so many missed opportunities to teach others how to actually help someone in crisis were made. If writers didn't know where to find the information, there's a number of resources and tools available online. Heck, you can even ask Siri and she will gladly give you the hotline for the National Crisis Hotline Number (1-800-273-TALK). All the writers had to do was simply google, if they really didn't know where to go. While shows like "13 Reasons Why" make for getting attention and high ratings, what's the use if you leave a trail of turmoil along the way? There's a big mess left behind and as always, advocates and those working within the mental health community are left to do the mending, all while hoping that somehow, someway, someone will come along and use their power and resources for good. Until then, the work continues. If I had one thing to say to anyone looking to take on a project that highlights suicide. My response would be to remind them that with every stroke of their pen, to do no harm.

Once you highlight topics such as suicide, there's a level of responsibility that comes with the territory. Netflix can start to remedy this by including the National Crisis Hotline number (1-800-273-TALK) after each episode. We need more awareness and help in ridding the stigma so more individuals will hear the message that it's okay to ask for help. We also desperately need a stronger behavioral health system and national policies to help those in need (that's for another blog). Suicide is forever. It is the only mistake that never be corrected and those left behind will never be the same. Unlike Hannah, you cannot come back and narrate your life story. Being a teenager is tough. Life is not easy or fair. It will test every inch of our being, sometimes to the point where the pain and loneliness become so overwhelming that we may feel nothing at all. Yet, what the show failed to share was that it does get better. It gets A LOT better. That's a truth and reality your sons, daughters, nieces, nephews, friends, classmates, and loved ones deserve to also know. 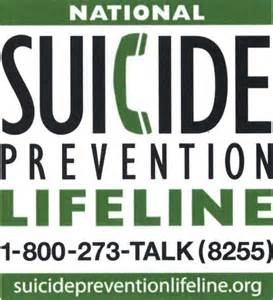 Here are my "Reasons Why" and how we can help someone in crisis. In closing, I hope that the lesson learned from "13 Reasons Why," is that we can and must do better. Responsibility and accountability are the only way we are going to truly make a difference in preventing suicide and saving lives.

3. Talk about it:
5. Host a suicide prevention school or community training and demand that schools have access to behavioral health resources and professionals.
6. Use correct terminology. Remember--words matter:

Popular posts from this blog

October 05, 2017
Click Here for Project UROK Page Click Here for Project UROK Instagram  “I began this work in memory of a close friend I lost to suicide and in keeping her memory alive, I found my life’s purpose.” -Ane How do you support Latinx mental health? It definitely has been a journey filled with gratitude, where no day is the same. One day I can be driving three hours out to a rural part of my state to provide a suicide prevention training for a school. The next day I’ll be working on mental health policy change. At times it’s been late nights on a Friday evening (because that’s when a crisis happens), calling all my mental health contacts to successfully identify a provider who can take in a new client immediately. Some days it’s sitting on the sidewalk sharing a sandwich with my friend Aaron, who is homeless and suffers from mental illness–hoping that our conversation will get him to agree to see a provider. It’s nights filled with frustration over our broken mental health system…
Post a Comment
Read more

February 12, 2018
Part of our new format for See, Believe, & Achieve is our guest blogger series. These are individuals from around the world who are part of our SBA family and who have put together mental health and wellness tips to share with our readers. What I really love about this new addition is that it really adds to our mission of creating an online mental health community and allows us all to learn new ways to stay and be healthy in so many ways.

Our first guest blogger for SBA is Jennifer Scott. In reading over e-mails, I came across her note and was very honored to "meet" someone who was open and willing to share some insight with readers. Thank you, Jennifer for being part of our See, Believe, & Achieve family and THANK YOU for taking the time to share this insightful and helpful post.

Ane C. Romero
Ane Romero was raised in Las Vegas, New Mexico and currently resides in Washington, DC. She received her B.A. in Political Science and M.P.A from New Mexico Highlands University, where she served as the first female elected Student Body President and was appointed to the New Mexico Commission on Higher Education. Ane is trained and certified in suicide prevention through The Yellow Ribbon Suicide Prevention Program and has provided trainings for schools, communities, including the Navajo Reservation. In 2005, she was crowned Miss New Mexico and competed at the national Miss America Pageant. Ane has spoken nationally on behalf of mental health related issues, such as the Mental Health Parity Act in Washington, DC and served as the national spokesperson for the 1-800-YOUTHLINE. In 2011 she was awarded the “National Excellence in Federal Government Leadership Award” by the National Resource Center for Hispanic Mental Health for her work in mental health policy. While still in college, she authored, NM Senate Joint Memorial 61, which became one of only four pieces of mental health legislation to pass the New Mexico State Legislature.